An appreciative client gave me a beautiful white orchid. I don't have many plants because I can't even manage to keep my lucky bamboo alive. However, this beautiful flower has all of the buds open and it's been in my possession since October 9. 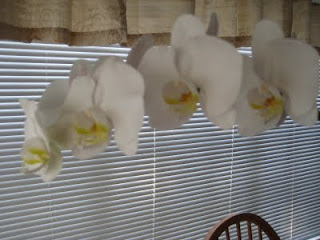 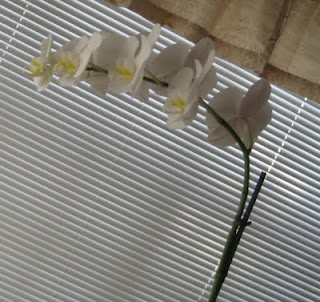 However, the next Friday was not a good one for me. A different client came into the office and I was in charge of assisting him on the transfer of real property. I had no idea that this particular client was discharged from the hospital one night prior for the treatment of H1N1 (swine flu). My boss failed to inform me, but instead told me, after the client left, to "wash my hands".

After I washed my hands, I went to lunch with a co-worker. It was from this co-worker that I found out that the client was hospitalized and treated for swine flu. When we returned to the office, I immediately went to my boss and asked her directly if the client had the swine flu. She said yes.

I was so angry with my boss, and I confronted her about it. Of course, she failed to understand that the issue was the fact that she was aware of this client's illness one full day before he came into the office but she failed to notify me, the person who would be in direct contact with him. She just ran around trying to reassure me that I would not contract H1N1.

Typically, I let things like this go because I cannot see the value in creating tension at the office. However, I have been pushed past my limit with this woman, and I needed her to know that her unprofessional behavior had not gone unnoticed.
at October 25, 2009